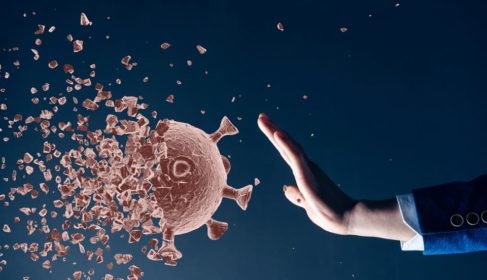 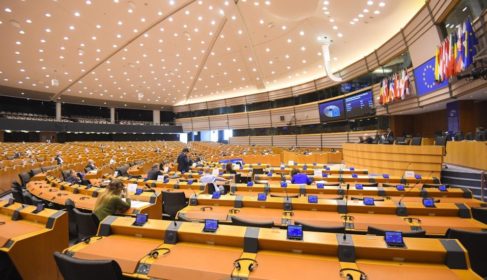 Whoever cannot effectively use data will lag behind in the global competition!

Press release of Edina Tóth, András Gyürk and Ernő Schaller-Baross Today, the European Parliament adopted its report on the European […]

I welcome you all to this outstanding event. The large number of people gathered here demonstrates the considerable strength of conservative communities around the world, which gives us reason for joy and hope for our common future. We thank the Centre for Fundamental Rights for inviting our conservative friends to Hungary.

I am also particularly delighted that advocates of conservative virtues have gathered here in Budapest, a city so rich in historical values and so promising in its forward-looking development, to seek answers to the question of how we can together serve as the guardians of the flame that increasingly powerful windstorms incessantly attempt to extinguish in Europe and beyond its borders.

This is the flame that proclaims the heritage of Western civilisation, the eternal and indissoluble unity of God, homeland and family throughout the world, on which nation-states may confidently build their future.

At the same time, we must also ask from what storms we must protect that flame. The world is now facing many difficulties, we are living in an era of conflicts and epidemics. It is therefore of paramount importance that we are able to defend ourselves effectively. Although with the shift to globalism, the world has moved towards a large international community, sovereign nation-states have not lost their significance. This is precisely because no matter the perceived or real weaknesses of states, national pride and national institutions, these are the most stable foundations for a well-functioning democracy that can defend and sustain itself.

Any attempt to suppress national specificities or self-servingly unite nations under one banner that have followed widely divergent paths cannot succeed. The preservation of sovereignty is also a pledge of a nation’s freedom, and therefore its survival and prosperity.

States’ right to sovereignty has been guaranteed since the Peace of Westphalia and includes a fundamental principle that the liberal mainstream tends to forget: the laws, social norms and cultural specificities of a state always prevail within its own territory, which cannot be alienated.

However, we can also see that efforts in this direction have been underway for some time, especially here in Europe. One striking example of this is another topic of today’s panel discussion, the issue of migration.

There has been considerable disagreement in this respect within the European Union in recent years. In 2015, when illegal immigrants besieged Europe, many countries decided to welcome those who had left their countries for Europe, mainly for prosperous Western societies, sometimes only in the hope of better living conditions, and regarded them as a remedy against depopulation.

This is a legitimate opinion, and although it may raise legal, moral and demographic concerns in many of us, it is not for us to judge the decisions of other countries and their possible consequences. The best we can do is to raise awareness of the potential dangers while respecting our own faith and heritage, thus acting as our own nation requires us to do so.

This is what Hungary has done: it stopped migration at its southern border, protecting not only the Hungarian people, but many other countries as well.

This is a position we did not wish to impose on others and have not done so since that time. We are not advocates of forced compromises and of serving foreign needs, but simply of doing what is in the interests of the Hungarian people, the mandate our electorate has given us to do, by upholding state sovereignty. As natural as this is for Hungary, it is less so for European institutions.

For example, the Hungarian handling of the serious migration crisis was not seen in Brussels as a law-abiding stance that brought visible results and provided stability and security. Instead, the conservative approach that members of a sovereign nation have the right to decide with whom they wish or do not wish to live has ever since been under attack.

It is no surprise that within the EU, national sovereignty is under siege, while accepted legal norms, including the treaties, are bypassed. As a result of the ever-increasing, stealthy expansion of powers, we Hungarians see the fading of nation-state power and the rapid advance of supranational aspirations across the continent, which is cause for concern.

It seems as if EU leaders have forgotten that our forefathers fought for generations to ensure that the fate of the peoples of Europe, unique and unrivalled in their diversity as nations, would not be in the hands of one power.

In contrast, the EU, denying political reality and hiding behind the cloak of aggressive community-building, is now annexing many of the powers over which it has no authority, sometimes with an imperial tone far from the forward-looking idea of the community of states that envisioned the European Union as a united entity of sovereign nations.

The unity of diversity has been repeatedly demonstrated in the United States, and the conservatives in particular excel at this.

The Republican Party has an unparalleled power to shape communities, driven by faith and patriotism, providing direction and support to conservative communities around the world.

Another crucially important element of American conservative identity is family, since as President Reagan stated, “[…] The family has always been the cornerstone of American society. Our families nurture, preserve, and pass on to each succeeding generation the values we share and cherish, values that are the foundation of our freedoms.”

The great communicator’s words illustrate that families ensure the survival of freedom, which is the backbone of sovereignty. This is what makes the family a community of communities, and the respect and appreciation for it will always unite conservatives on both sides of the ocean. As you can see from all this, the priorities of American and Hungarian family policy are identical, and this is an excellent basis for keeping the aforementioned Western flame alight together.

That’s why I am delighted that in the next few minutes, distinguished American experts will discuss the subjects of sovereignty and migration.

We thank them for sharing their thoughts with us. Please welcome them with great interest!

Thank you for your kind attention!